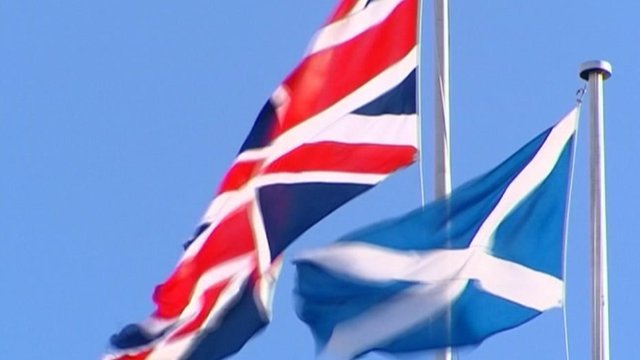 Riedel Communications, provider of pioneering real-time video, audio, data, and communications networks, today announced that BBC Scotland used a Riedel Artist digital matrix intercom system along with the broadcaster’s most extensive IP deployment to date to support communications for its Scottish Referendum broadcast. By augmenting and expanding the building-wide Riedel system used for day-to-day business at its Pacific Quay facilities in Glasgow, the broadcaster was able to establish effective VOIP communications among outside broadcast venues across the United Kingdom.

The Riedel Artist deployment allowed BBC Scotland to employ VOIP panels from London to Shetland, all connected to its Glasgow facilities, in a versatile alternative to using ISDN lines. A preassembled and pretested integrated kit provided straightforward plug-and-play operation at each OB site. This reduced the time and complexity of on-site set up and configuration. This approach provided much greater functionality at each OB location, where the dual-channel panel made it easy for users to speak to key technical staff back at Pacific Quay.

The Artist system included 32 Riedel Artist panels for VOIP communications to OB locations in Scotland and another eight connecting a remote switching hub in London; a pair of four-wires converted to IP for a VOIP connection to an OB at Holyrood, home to the Scottish Parliament; nine commentator panels for radio reports; and two virtual panels for communications with the IT support team. With support from Riedel engineers, the BBC was able to integrate extra panels and cards and perform the necessary programming to increase the capacity and functionality of the Pacific Quay Artist system without disrupting its ongoing broadcast operations. The fully integrated kits used at each OB site featured a modem, router, Riedel Connect IPx audio-over-IP interface, desktop panel, headset, and input and output leads, all packaged in a flight case optimized for field deployment.

The BBC has relied on our Artist system for daily operations for quite some time now, and we worked closely with the Pacific Quay IT and technology team to ensure a smooth extension of this system to accommodate comprehensive coverage of the Scottish Referendum. The resulting communications system supported a rich and dynamic broadcast program for this historic event. » Paul Rivens, U.K. general manager at Riedel.